Next Wave Energy Partners LP. Nuevo Midstream Dos LLC. Moda Midstream LLC. In addition to being mostly midstream partnerships, the three have emerged in recent weeks with infusions of private equity capital – an unexpected development in a market where oil prices have plummeted by more than half.

But some sectors, especially the midstream, continue to attract private equity, despite the complications of $50 oil. 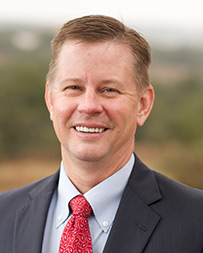 Next Wave opened with $500 million from Energy Capital Partners. EnCap Flatrock Midstream has invested $400 million and $750 million, respectively, in Nuevo and Moda.

King said there’s a tremendous amount of private equity dry powder, or money that has already been raised, available.

“Certainly more than we’ve seen in a long while. If you look just at the energy and energy infrastructure-focused private equity credit funds that have recently closed or are currently in the market, we get an estimate of $80 billion of dry powder,” he said.

What’s more, that figure doesn’t include the large generalist buyout funds that allocate a portion of their capital toward energy and it also excludes leverage.

Asset data and research company Preqin has estimated that as much as $90 billion in private equity is available to energy projects; $20 billion is targeted specifically for infrastructure.

As for getting all of this capital invested, King said, it could be challenging.

“You haven’t necessarily seen the bargain basement opportunities that many were expecting. The banks have been flexible and the capital markets have remained open for energy companies,” he said. “With access to all of this capital, we are not seeing the number of distressed situations one would expect after such a significant decline in commodity prices.”

Private equity funds are anxious to get the capital invested, but it will take time, especially for the large funds because they need to make large investments. Deals in the $300 million and $700 million, for example, have become extremely competitive, he said.

How this war chest of private equity capital impacts the energy public markets is something USCA is watching closely, King said.

This access to capital has allowed certain companies that historically would be in distress at this point in the cycle, to “kick the can” down the road in an effort to shore up liquidity until commodity prices recover, King said.

“These companies don’t need to sell themselves or even shed assets. They’re able to roll their debt, maybe pull in second lien deals. That’s been the biggest surprise to us and many of the investors – how receptive the markets have been and how much capital is available despite the downturn,” King said.

“I think it’s a function of there being a lot of capital that needs to find a home. On the private credit side, we’ve seen a number of large deals price around the 10 percent interest rate level on senior debt or second lien debt. At first blush, that doesn’t sound like a ‘PE’ type return, but funds can lever that to say a 15 percent return. Some of those companies are not going to make it, and these funds are going to end up owning those assets,” King said.

“We’ve also seen private equity funds buy common or preferred equity in public companies, which has provided corporations the opportunity to de-lever themselves.”

By the end of April, about $13.6 billion in common equity was raised that way, with issuers ranging from large cap MLP players to smaller companies coming to market. Given the low crude oil price environment, the magnitude of demand for this wave of equity has been unexpected.

“My guess would have been that in this landscape, there would be some real balance sheet problems with companies forced to sell assets,” he said. “But that isn’t happening much. Companies are not willing to sell at the prices that buyers demand and they don’t have to. The bid-offer remains wide and you don’t have much forced selling because they can access capital in either the public or private market.”

What happens next will largely be driven by what happens to crude prices. If they continue to slowly move up, the cycle may be shorter and more muted than many expect.

“It remains to be seen,” King said. “A lot is being driven by institutional investors, primarily pension funds and endowments, which are the largest investors in private equity funds. They sense that the size and speed in the drop in crude will create attractive investment opportunities in energy. If crude prices normalize near-term in the $50s to $60s, which is the reality today, you might not see the valuation discounts that many investors are hoping for.”

Billy Lemmons, managing partner at EnCap Flatrock Midstream in San Antonio, noted that for every dollar spent in upstream investments, somewhere between 15 and 35-cents of midstream infrastructure investment is needed to support production.

“Whether there will be more acquisition opportunities out there and activity between potential sellers and buyers depends on how long and how significantly oil prices remain low,” he said.

Lemmons said the firm is trying to find these next great quality teams that align with EnCap Flatrock’s philosophy and approach. EnCap Flatrock has about $4 billion in dry powder to deploy across the right opportunity sets.

He explained that some high-performing companies and compelling stories can emerge during challenging times in the market. For example, Energy Transfer Partners – now a giant in the industry – began during a time when other energy companies were failing. ETP bought a processing plant in La Grange, along with a series of other assets that helped the company grow.

“The basic elements of what we look for in a team hasn’t changed. They have to be adaptable, able to build a track record consistently through multiple industry cycles. That’s often a matter of the management teams being adaptable to where the opportunity set is moving,” he said. “Organic, greenfield dollars are slowing. A producer that owns midstream assets may be over-levered and compelled to raise cash; there might be an opportunity to buy assets from that producer.”

“Everyone knows to buy low and sell high, but you’ve got to be careful. When you say high, it’s like catching a falling knife when there is stress in the system, but it’s definitely an opportunity to do some different things,” Lemmons said. “There is still a lot of infrastructure to be built.”