The downturn in crude oil prices in recent months will not last forever, and what the market is experiencing now is not the old boom and bust period, an energy industry analyst told Rigzone.

“I’m still incredibly bullish on the industry, and I do think it’s far more stable and resilient than it was in decades past,” KPMG’s Regina Mayor, an advisor for the consulting practice, said. “That’s not to say that it won’t experience a contraction or two, but it’s not the boom and bust cycle we’ve seen.”

Already, there are signs that the future remains bright for the industry. The collapse in oil prices following OPEC’s decision not to cut production levels led to a selloff that many people think is overdone, leading to an expansion of long wagers, John Kilduff, a partner at Again Capital LLC, a New York-based hedge fund that focuses on energy, told Bloomberg last week.

Although there is no crystal ball to tell the industry where crude oil prices are going, prices will probably not drop too much lower, and could possibly begin gaining altitude in the not-too-distant future, Mayor said. And even if prices were to remain where they are, or even fall somewhat lower, oil and gas companies that are not too heavily leveraged can still make money in specific shale formations.

“I think there are specific plays that make economic sense at $40 a barrel, and the Eagle Ford is one of them. I’ve seen various estimates of what the planning and extraction costs would be, and Eagle Ford remains economically viable at those price points. I have seen a range of $40/bbl at the low end and as optimistic as $90/bbl on the high end from people trying to stake a claim on where this is going to land,” she said.

“At the price point where we are today, I don’t anticipate shale and onshore activities to be as affected as ultra-deepwater and Arctic plays that are a lot more expensive to do business in. The current price point makes some of those options less attractive. But the bulk of their portfolios remain attractive at this [current] price point scenario.”

Still, some companies have a lot riding on oil that is priced well above where prices currently are. That has caused some jitters as energy companies speculate about if and when prices might rebound, or at least bottom out. However, Mayor is optimistic about the general health of the industry, and she does not anticipate a massive reduction in jobs or momentum over the next six months.

“The industry in general is not particularly good at predicting where things are going to land. However, the industry is also quite resilient, and there are still lots of plays that [make economic sense]. I don’t anticipate that we’ll see a massive reduction in jobs or momentum, at least not within the next six months.”

That does not mean that a prolonged period of low prices would not eventually have an effect on the industry, Mayor added.

“If we see a more sustained environment with this kind of pricing pressure, after six or maybe nine months, we could see a stronger fall-out,” Mayor added.

Mayor does not see prices remaining down at current levels for that long, however. The two reasons for her optimism about the industry’s health are:

In OPEC countries, Mayor explained, it’s not about how much it costs to get the oil out of the ground, or how much they can sell it for, or even what their subsequent profit margin is, Mayor said. For OPEC countries, it is all about something entirely different. 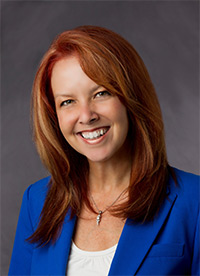 “Their real break-even costs are the commitments that some of the less economically robust (OPEC) players have made to their populations for social services that their government funds largely through oil exports and hydrocarbon sales. Those estimates are in the $100-130/bbl range for many of those countries. So, it would be far more painful for some of the overseas players to be successful at current price points. I anticipate that we’ll see at least some constriction of supply that would at least keep the price where it is, if not raise it up a little more, to the $80/bbl or $90/bbl level.”

Still, Mayor noted that for some companies, the pain from the crude oil price plunge is all too real.

Mayor said that the drop in crude oil prices was not all negative.

“One of the positives I see in this current price environment is that the more mature, more stable, more established companies will move faster around cost-reduction initiatives, become even more efficient and effective, and reduce their total costs of finding and extracting” fossil fuels.