With its legacy of wildcatting, weathering boom and bust cycles and, more recently, bringing on a shale “revolution” that has changed longstanding assumptions about global energy markets, the U.S. oil and gas industry has earned a reputation for boldness. Interestingly, one outspoken Texas energy executive with first-hand knowledge of operating in U.S. shale plays believes a good measure of modesty by one stakeholder could help to spur a shale revolution in Brazil.

“My thoughts about Brazil are virtually the same as they are here in the United States: get the government out of the oil business,” said Chris Faulkner, the founder, chairman and CEO of Dallas-based Breitling Energy Corp., which is active in the Eagle Ford, Marcellus, Utica, Bakken/Three Forks and other U.S. shale plays.

“I know regulations of some kind are a necessary evil, but when government is quashing what could end up being something that escalates the standard of living in Brazil for those who have been suffering in poverty for so long, it has to change,” continued Faulkner. “I only hope that the promises that President [Dilma] Rousseff made during her campaign about Petrobras and the Brazilian oil industry becoming the pride of the world will actually happen during her new term, unlike her last one.”

Read on for additional insights from Faulkner in regard to exporting U.S. shale success to Brazil.

Rigzone: In your experience, what are some of the key similarities associated with developing a conventional play versus an unconventional play? What are the main differences?

Faulkner: I think the similarities are pretty simple and basic in that the end game is the same: getting those precious resources out of the ground, be they oil or gas. They both require good equipment, good people with a lot of experience and safety training, and a working knowledge of the oil patch. The differences from the 35,000-foot view are just as simple. With conventional, you go to a site, set up a rig, and drill down until you (hopefully) hit pay dirt. Unconventional is a lot more complicated in regards to the planning, the equipment, and even more importantly, the amount of potential pays you will eventually get from the field.

Rigzone: Every shale play is different, but what are some of the key lessons you’ve learned as an operator that you’ve been able to transfer from one unconventional play to another?

Faulkner: Be frugal, be safe and never take your eyes off the prize. If you’ve hired the right people, they know what to do. But it’s important to do your homework well in advance. The days of just plopping down a rig and drilling are over. You have to intimately know your area as well as your procedures. And one very important thing that some “newbies” in this business may not know or even care to know is: you use the same care, caution, and technique whether the price of oil is $100 a barrel or $70 a barrel. Just because the price changes doesn’t mean that you don’t practice the same safety procedures and techniques that you do when you stand to make a lot more money. This is our planet, we all have to live here and so do our children and grandchildren. Doing things right no matter what the price of oil is the only way to do it.

Rigzone: This article series is about the potential for “exporting” U.S. shale success abroad – in this case, Brazil. What do you see as the main reasons why U.S. operators have been so successful, and what do you believe it will take to replicate that success in unconventional plays internationally?

Faulkner: First off, I think U.S. operators have been successful because they saw the opportunity and jumped at it immediately, before the government had time to regulate it to death. The wheels of this government move slowly, and the oil industry moves very fast. That’s why it worked.

But, the word “internationally” can be divided into so many segments. In the UK, everyone is aware of the fracking debate. But in Brazil, it’s a whole different animal altogether. When President Rousseff was running her successful campaign for re-election a couple months ago, she put much of the emphasis of her campaign on Brazil’s oil industry and the patriotic pride that most Brazilians have in Petrobras. Of course, she did the same thing when she ran in 2010, and Brazil’s oil industry has stagnated for the past 4 years.

Now she faces a potential five-year nationwide ban on fracking that is being considered by Brazil’s lower House. They already have a ban in place in Paraná state, and another one under consideration in Piauí. All this is severely limiting Petrobras’ chance to release from the ground the extremely abundant supplies of oil and gas, not only in the existing high-producing pre-salt areas of Campos and Tupi, but also the “new frontier” areas of Parnaiba, Paraiba, Acre and Sao Francisco, among others. And because of the inaction by her government to move full speed ahead on working these potential new plays, it’s estimated that Brazil is losing about $5 billion per year in revenue.

So I think in order for Brazil to get on the shale bandwagon, their government is going to have to come to some sort of agreement that production of these billion dollar resources is good for Brazil, good for their people, their economy, and good for their international standing. Of course if the United States is any example of dissenting parties working together, good luck to them.

Rigzone: Do you see any significant mistakes that have been made in the United States that aspiring shale developers in Brazil and elsewhere would do well to avoid? 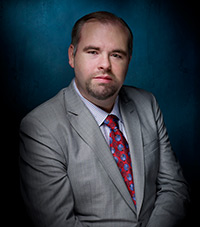 Faulkner: I think the biggest roadblock we’ve faced here isn’t production-related, it’s the government thinking that they know the oil business better than we do. I think the Brazilians are going to face the same thing, if the last few years are any indication. They are going to have the same fracking debates we have had, and they are going to face similar opposition. President Rousseff is a former energy minister in Brazil, so she should know better. But she needs to back up her rhetoric with action, and that means giving a stamp of approval to not only Petrobras, but other independent producers in Brazil who have the knowledge and ability to safely extract oil and gas from the enormous amount of shale plays that exist there right now.